Why You’re Probably Related to the President Featuring A.J. Jacobs 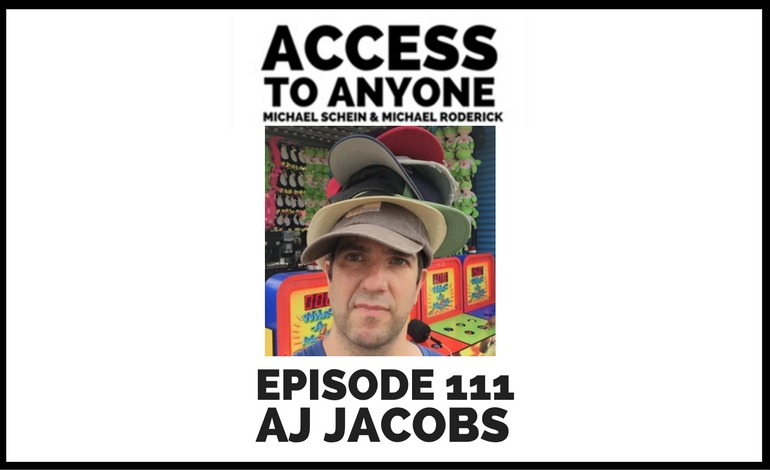 A.J. Jacobs is an author, journalist, lecturer and human guinea pig. He has written four New York Times bestsellers that combine memoir, science, humor and a dash of self-help. He is also editor at large at Esquire magazine, a commentator on NPR and a columnist for Mental Floss magazine. He is currently helping to build a family tree of the entire world and holding the biggest family reunion ever in 2015.

His first book – The Know-It-All: One Man’s Humble Quest to Become the Smartest Person in the World – spent two months on the New York Times bestseller list. It was praised by Time magazine, Newsweek, Vanity Fair, USA Today, Janet Maslin in the New York Times, and A.J.’s uncle Henry on Amazon.com.

In addition to his books, A.J has written for The New York Times, Entertainment Weekly, New York magazine and Dental Economics magazine, one of the top five magazines about the financial side of tooth care. He has appeared on Oprah, The Today Show, Good Morning America, CNN, The Dr. Oz Show, Conan, and The Colbert Report. A.J. has given several TED talks, including ones about living biblically, creating a one-world family, and living healthily.