Eileen Kenney: How To Turn Your Passion Into A Viable Product 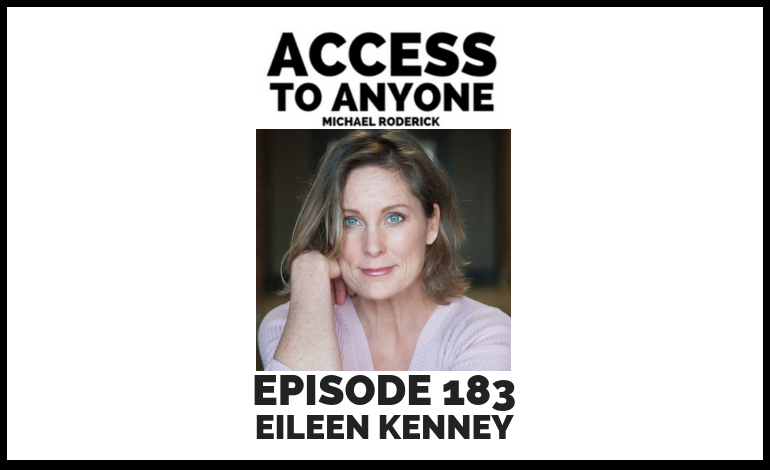 Today I’m sitting down with HOOFiTZ® creator and CEO Eileen Kenney. Listen in as we discuss what it takes to turn what you personally believe in into a fulfilling career. We also talk about developing a solid sales plan from the ground up and how to maintain relationships during the toughest moments in your career.

Eileen Kenney was born and raised in a small coal mining town in Pennsylvania and is the youngest of six children. She developed her two greatest passions, art and horses, by studying art at the Moore College of Art and Equine Studies at Harcum College, both in Philadelphia.

To support her lifelong passion for horses, she held many diverse jobs and modeled for the Ford and Wilhelmina Modeling Agencies in New York City, Arizona, Colorado, and Canada. She also has a solid background in the Film and Television Industry in Los Angeles, and is a current SAG-AFTRA member with many screen credits to her name. Taking a break from her film career, she returned to the horses that she loves. She became a nationally accomplished and licensed trainer and competitor in the United States Eventing Association horse world.

In 2003 in Virginia, she started her own business, Kenney Sport Horses, designing and managing equestrian facilities & coaching, training, breeding and competing young prospects to become upper level event horses. She had invented several products such as The UNISIT System for equestrians to learn to ride and Miss B’s Finest essential topicals for sore and injured horses. In 2016 she partnered with two other horse enthusiasts to create HOOFiTZ® and launched it to the public in the spring of 2018.