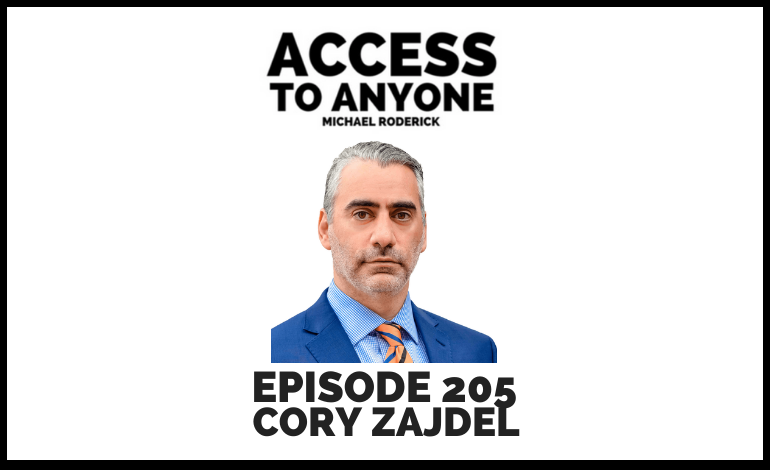 In today’s Podcast Row episode, attorney and suethem.com founder Cory Zajdel reveals why (and how) he’s on a mission to change how people find real justice when they’ve been hurt by big businesses. Tune in as we unpack how his meaningful business came to be, and what it really means to advocate for those who have been taken advantage of.

Cory L. Zajdel serves as the principal attorney at Z Law, LLC and specializes in complex litigation representing individuals and groups of individuals in class actions and mass actions in state courts and in arbitration against businesses harming consumers. Since Cory opened Z Law, LLC in 2009, he has represented more than 2,500,000 consumers and recovered more than one hundred million dollars ($100,000,000) in judgments and settlements. Cory appeared before the United States Supreme Court on behalf of consumers that were accusing a national back of unlawful debt collection practices.

In 2019, Cory created a first of its kind legal technology platform currently deployed on the Internet at SUETHEM.com in an effort to represent massive amounts of consumers across the country and to correct economic injustices inflicted by big business.

Prior to becoming a lawyer, Cory was a two-sport college athlete and a stand-up comedian. Cory is currently learning to play the drums and one days hopes to march in a parade on a drum line.