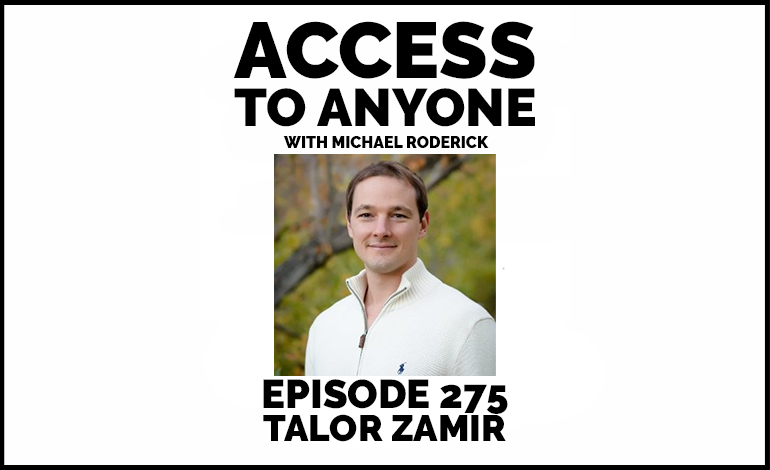 After suffering from debilitating chronic inflammation, Talor Zamir realized he needed to make a full life change—from what he put into his body to the way he ran his business. Now as the founder of Peak Performance, Talor is on a mission to inspire us all to transform (and prioritize) our health. In today’s episode, he reveals what we can do to take charge of our eating habits and enrich our minds to achieve better health.

In 2013, Talor was wracked with intense, inexplicable pain and inflammation that was putting his health, his hope, and his family’s financial future in danger.

He couldn’t type more than a couple sentences without feeling massive pain throughout his arms. Desperate for relief, or even an answer, he turned to multiple medical professionals, both mainstream and alternative, to no avail. He deteriorated to the point where he could no longer use a keyboard, and his anxiety about his ability to support his family escalated to panic.

Talor refused to give up, and with his family’s unwavering encouragement, he eventually came to the all-important realization that INflammation comes from INside of you. He realized that he was going about this all wrong. He was looking for solutions outside himself (pain relief creams, braces, chiropractors, and pain relief devices) but this problem of inflammation was originating from the inside.

This realization was an epiphany, and as he started to change what he put in his body and mind, a new understanding came, and everything began to change.

What began as a crucible he would never wish on his worst enemy became the adventure of a lifetime, a Hero’s Journey, if you will. He returned from his quest, victorious, having been led to the solutions he had all along been seeking.

How he successfully put out the fire of pain and inflammation is why he created Peak Performance. He now has a new quest: to help others transform their health and life in the same way he did. If in 2013 he could have traveled forward in time to see the life he’s living and the person he’s become today, he wouldn’t have believed it.

You can change. You can transform your health and your life in ways you never dreamed possible. It is Talor’s honor and privilege to play a part in supporting you on this journey.